A white surface becomes the boundary which separates the viewer from the other side of the painting. In order to pursue where one meets the other – or the world, the artist has been walking on that boundary and making it my subject matter. Physical input, such as walking around the place where there seems to be a boundary and touching the earth, are important aspects of my artwork. This is because it seems necessary to carefully touch each one by one to actually “know the world”, or perceive the difference between one and the other. In the things produced during this process, Miki Wanibuchi believes there should be real action, traces and tracks of the artist, and this is what I create in my artwork as an artist. Furthermore, my objective is to provide the viewer with a chance to think about knowing others, and perceiving the world.

The artist think it is not so easy to truly know others, and we need imagination to understand that we are all different. In her recent works, people may feel that they cannot find any detailed explanations in the paintings, mostly covered with white, with the exception of a subtle hint of colour and texture, emerging from underneath or at the edges of the canvas. The white surface represents the abandonment of images and emotions of the artist and my intention is to make the viewer perceive the physical aspects of paint and canvas. The main concept is to allow the viewer to look beyond the white surface, in other words, to look closer at what is in between the canvas as an object and the image an artist would normally paint. The painter would like the viewer to pay attention to where the artist’s intention and evidence are hidden.

In recent society, our senses seem to have been become dulled; however, Miki believe that the silence in the pared-down painting leaves the viewer to hone their thinking and imagination in confronting this vagueness. An aesthetic may result from this, leading us to try to know others and the world, and as a result, The artist feel we will find a power in our pursuit to gently heal the world. 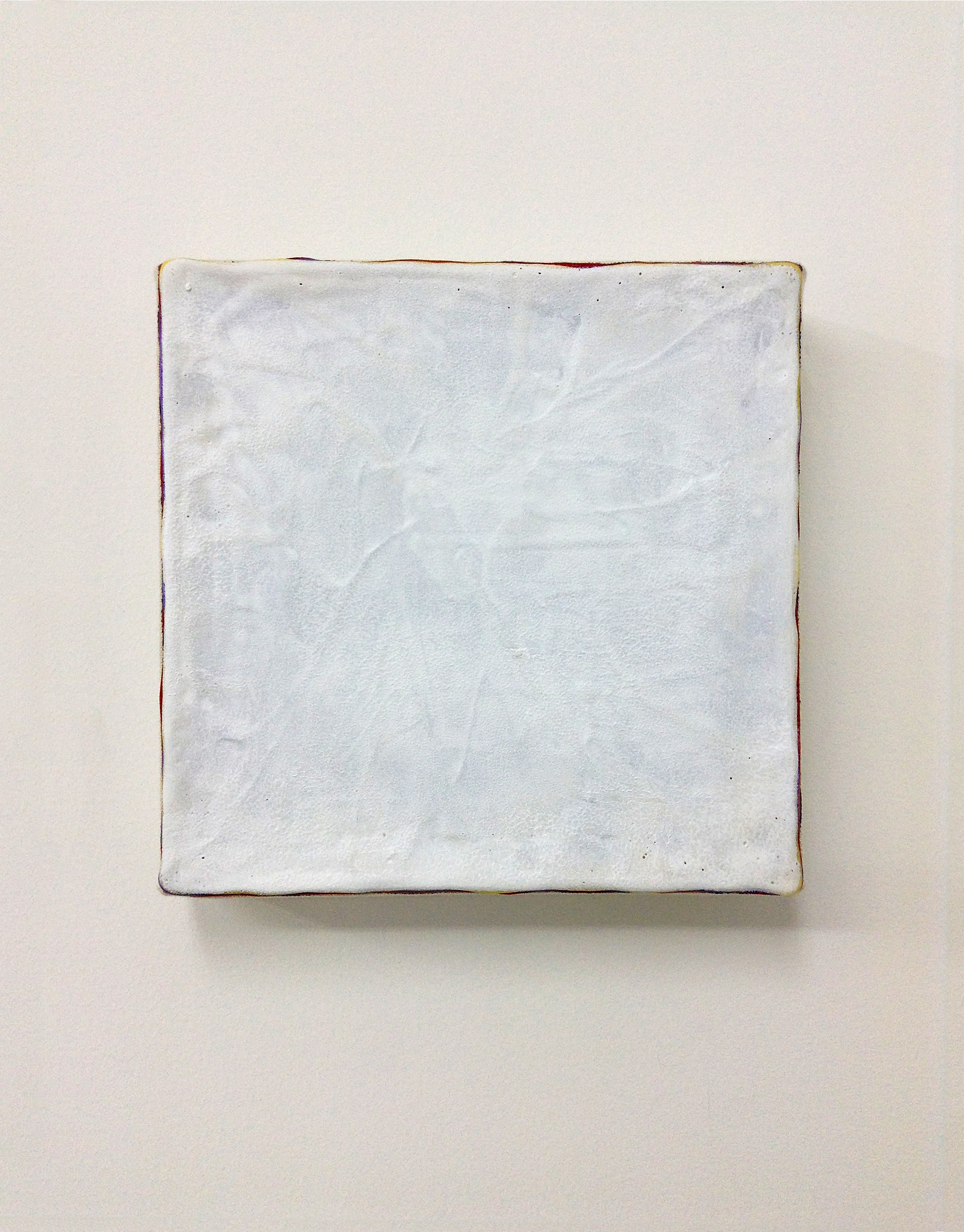 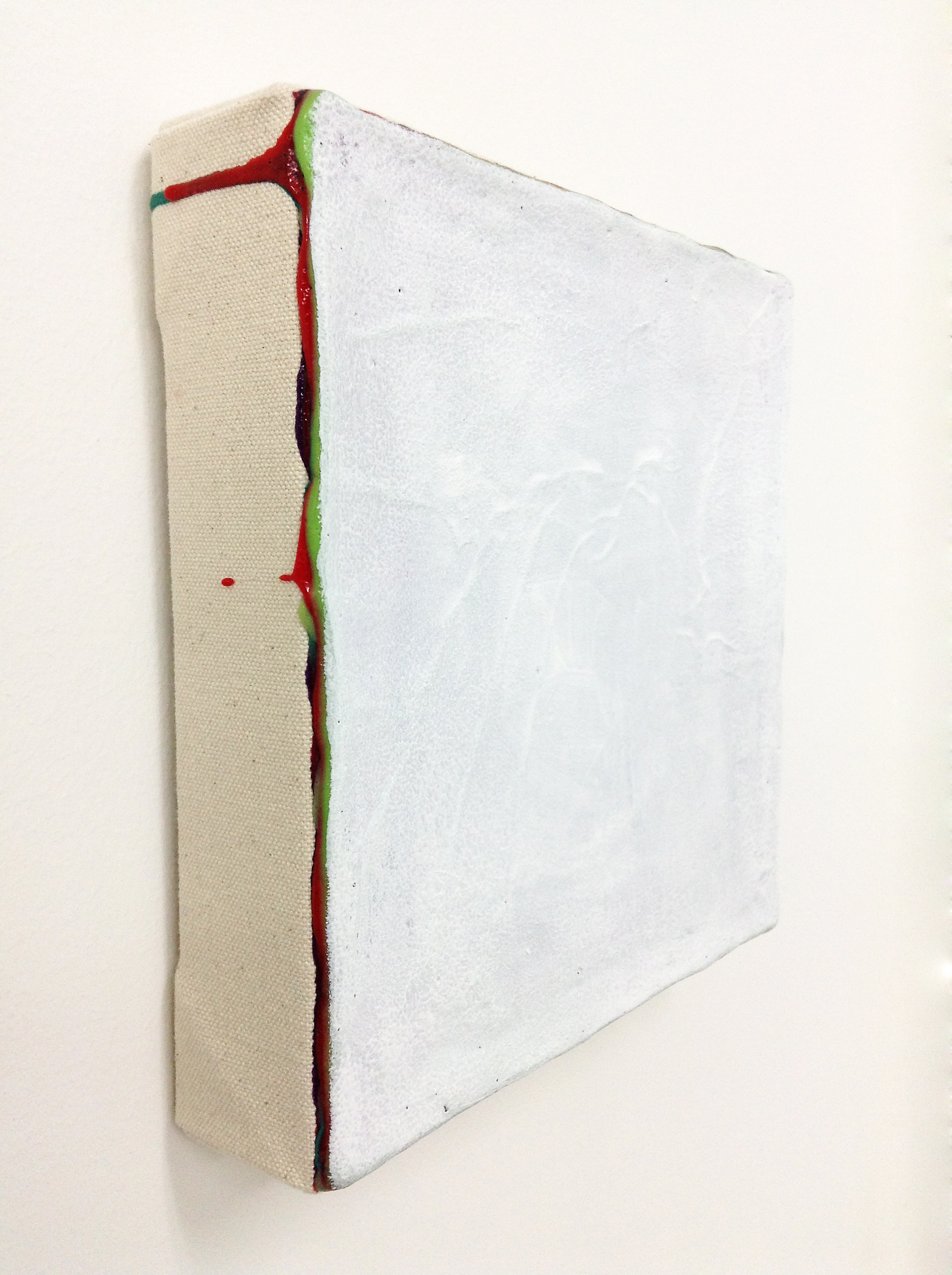 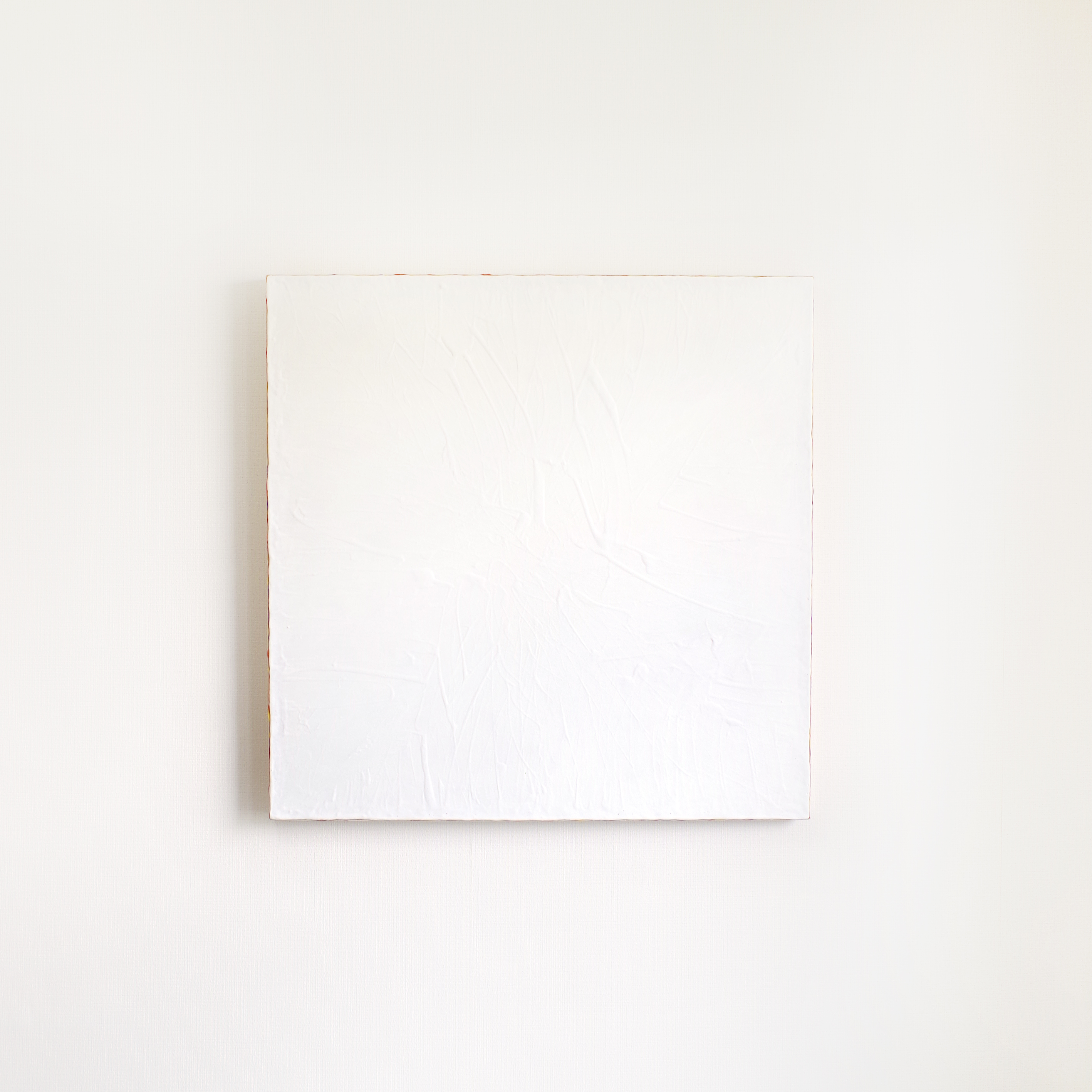